Being a Yogi is not Just the Physical Performance 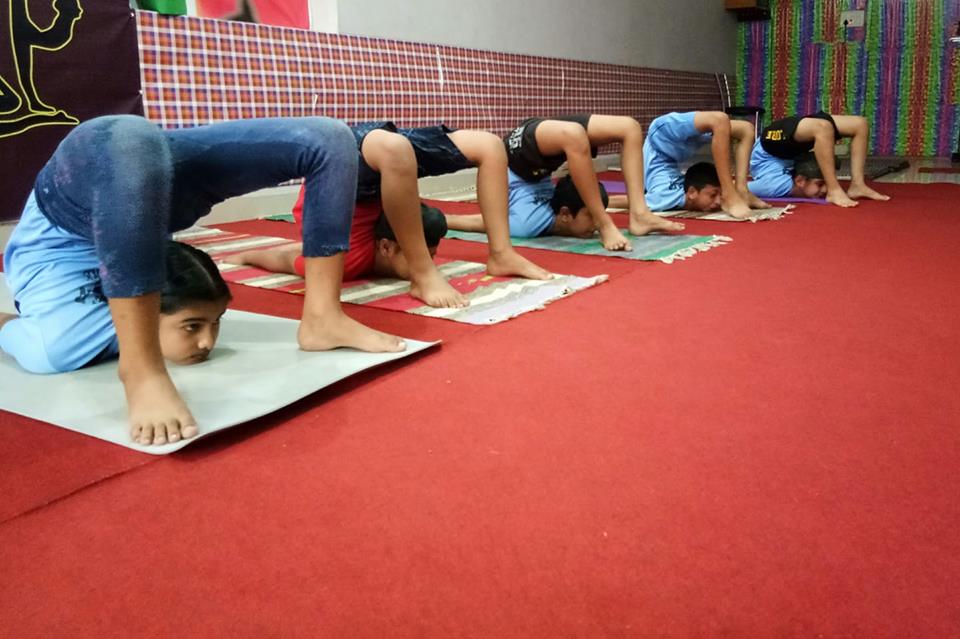 Being a Yogi is not Just the Physical Performance

The perception of fitness has changed with time under the influence of social media. Yoga, for example, is not a physical art to be mastered in 2 weeks.
Online coaches who encourage fitness challenges, also promote yoga as a slimming workout. There are so many people who come to our yoga studio and their very first statement is “will yoga help in Losing Weight”.

Also, there is a group of youtube worms who just wanna do yoga cause their favourite social media yoga idol is doing so many weird types of arm balances with ease which is not even a part of any yoga tradition.
There is but, one problem. Yoga was never meant to serve a singular goal for a human’s mind or body. The 8 fold paths of yoga transcend over flexibility and slimness.

Yoga vs Other Sports

Celebrity gurus teach over 500 students that yoga is a way of fitness and flexibility. The mental connection between the parties is missing in such a scenario. In fact, Most of these gurus start Gymnast, Martial Arts, Capoeira, Calisthenics at age of 3 or say at very young Age. And now after retiring from their profession due to age or injury, they are yoga experts. It’s good, as they bringing so many techniques into the field of Yoga. But yes they also bringing a different lineage which was not a part of yoga ever.

The condition is Worst in India

Apart from that, in India, people organize yoga championships in schools and colleges. Where they decide the winner according to flexibility. So in their class, they are trained to win medals cause of flexibility and after some time they get injured badly or get some joint pain for the rest of the life. Many of these kids having hyper flexibility syndrome and that’s how they become a yogi at age of 6-8-10. without any knowledge of Yoga. These events are similar to circus nowadays.

Yogis believed a strong bond between student and teacher was the base of teaching. Years of practice under one master deepens the root towards Moksha.

The main focus of yoga is to bring out a better us, heal us not only from physical ailments but remove negativities which crowd our mind. It is more than a gateway habit to bring ‘inner peace’. Fitness coaches encourage yoga or, ‘post-workout stretching’ to remove exercise aches. This is taught through online yoga-gurus who feed the misinformed followers only half of yoga’s goodness.

Modern coaches scrape out an entire age group when teaching yoga to their students. Yoga is mostly promoted through fitness celebrities online. The pictures and videos portray a perfect array of movement, poses, and performances which attract the general public. The misguided fans feel the crazier poses someone can pull off, the better they are at the art.
But for someone trying such poses, in the beginning, will harm their bodies which is opposite to the aim of yoga. Yoga teaches us to correct our postures and improve bone and muscle health. This way, no harm will be too severe during small mishaps.

Fitness enthusiasts of today’s time forget to promote aid for severely injured or old folks. Professionals such as gymnasts, dancers, etc. can be harmed through practice or performance.
Post-healing yoga practice helps in reducing the pain and find comfort in regular movements.
Yoga during old age helps to keep the bones strong, hence reduced joint ache. Yoga provides the mental strength to combat ailments which come with age. A healthy senior citizen should be under the target demographic of online yoga-gurus.

Yoga is not a method of performance. It is more than modern online yogis with super-flexible stance and stunts. Yoga is a way of wellbeing which makes us rise above the need for publicity. Fitness Yogis should promote the real advantages of yoga through social media.